1. Carbon Capture and Sequestration (CCS), a longtime pet of congress and “clean coal” advocates, is shown to be infeasible in a report by Greenpeace. Of course, you skeptics out there will immediately point out that a report by Greenpeace is not to be trusted. While Greenpeace does have a tendency to employ radical campaigning and rhetorical strategies that are often more sensational than factual, their reports are, fortunately, always backed by solid facts and prominent researchers in the field. This report shows CCS has several problems, ranging from prohibitively high costs, lack of suitable storage, and a significant increase in non-CO2 emissions resulting from the capture process. Read it. It’s interesting.

2. It’s not often that Human Rights Watch has a news release on the US (besides Guantanamo, but according to the current administration, that’s not US soil anyway). Today, they have release a report showing the wide disparity between imprisonment rates of whites versus blacks. Everyone knows this, but HRW has given us the most unambiguous numbers yet collected regarding this issue. 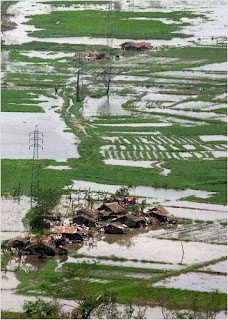 3. Cyclone Nargis. 20,000 dead. Twice as many missing. They need help. Google has set up donation pages for the large world relief organizations. Normally, I urge people to donate to whatever organization they believe would help, but in this case, I strongly urge you to stick to organizations you know have direct access to the country because the Burmese dictatorial government is processing visas for aid workers at a crawl. Skip your morning espresso for a week. Save a few lives.