I took a few shots of Stanford buildings last night in the dark, since the damp air along with the full moon was giving everything a nice, radiant glow. I started wondering what the fastest lenses in existence today were, and if I would ever be able to get my hands on one of them. I decided to do some searches, and here’s what I found.

Note that there are actually quite a few lenses that shoot under f/1.0, but it seems that most of them really can’t be considered sharp. The ones I looked at have the large aperture, and retain some semblance of sharpness.

I shoot Canon, so let’s examine Canon’s line first. Canon’s fastest lenses in production today are its 50mm and 85mm f/1.2. Pretty good, but of course, there’s the legendary 50mm f/1.0 that was discontinued, but is widely sought after, especially by DSLR filmmakers. Also worthy of note is the 200mm f/1.8, which, though a full stop slower than a f/1.0, is probably the more impressive given the length of the lens. 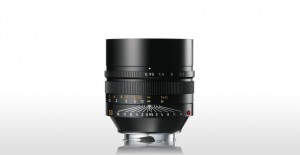 Moving away from Canon, we have the Leica Noctilux f/0.95, which sells for close to $10,000. Of course, for those of us that can afford to drop close to 5K for a Leica body and some basic lenses in the first place, this shouldn’t be too much of a stretch. Just search for “noctilux” on flicker, and you’ll find loads of gorgeous images with a DOFs that seem out-of-place for a 50mm field of view. This is probably the go-to mass-produced super-fast lens right now.

There’s also the company Noktor that released a micro-4/3 lens earlier this year in March 2010, and everyone has been following them to see if they will release a Canon or Nikon mount version of their first lens, which is a 50mm f/0.95, which retails direct for only $750. Yes, that’s about half the price of the Canon 50mm f/1.2L. But of course, the Noktor f/0.95 is nowhere near as sharp as the Canon f/1.2L, and also has some color and vignetting issues. Phillip Bloom, one of my favorite film photographers, has an interesting review of it. His posts are almost always extremely excited, so read his review with that lens. These issues aside, if speed is all you care for, then we can hope that when the EF-mount version comes out, it will be by far the cheapest of the ultra-fast lenses out there. 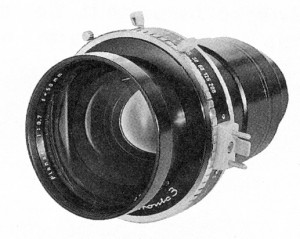 The lens that takes the cake, though, would have to be the Zeiss 50mm f/0.7. This Italian article details this lens’ history, and, if you don’t understand Italian and don’t feel like reading through badly translated Italian, this page summarizes it well. Essentially, the lens was designed as a 100mm f/1.0, with a 0.7x teleconverter that adds another 0.3 f-stops of light. With this lens, Stanley Kubrick filmed several scenes in only candlelight in the film Barry Lyndon. That (pretty incredible) task is detailed here.

So, it seems like, unless I make friends with Stanley Kubrick, my best bet is to save up for one of the Canons, or the Leica Noctilux and a converter. This is perhaps a purchase that can wait a few years or decades.